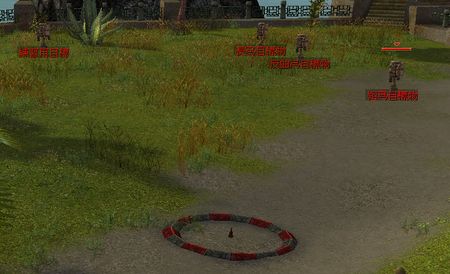 These also usually refer to areas of effect instead targeting ranges, their size is slightly larger than the area shown on the compass.

Untargeted skills can be activated without selecting (or auto-selecting) a target; in effect, they have no targeting range. Examples of this include most chants/shouts, all ward spells, and all flash enchantments.